Capital City:
The capital city, Lomé, is located in the southwestern part of the country.

Geography:
Togo is a long and slender nation in west Africa and consists of lagoons, mangroves, savannas, and plateaus.

Economy:
Togo is a small nation but has one of the highest standards of living in Africa despite it still being relatively poor compared to the rest of the world. This is due to a well developed export sector based on agriculture.

Interesting Fact:
The average lifespan in Togo is just over 60 years.

Important Facts:
In 1885, Togo became a protectorate of Germany. During World War 1, both the British and French took control. Togo gained independence on August 30, 1956. 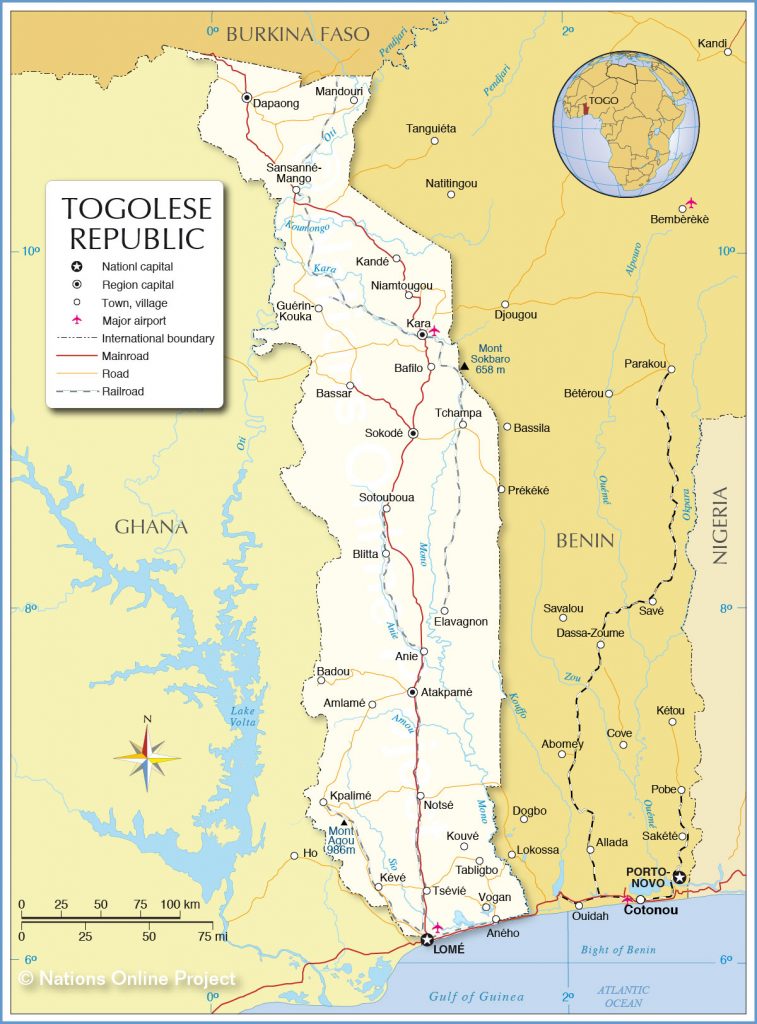