Capital City:
The capital city of Mogadishu is the largest city and was one of the earliest Arab settlements in East Africa.

Italian and English are also spoken and used in schools and universities.

Geography:
Somalia lies mostly north of the equator, on the Horn of Africa. It is also a country of geographic extremes with a hot and dry climate.

Economy:
Somalia is one of the poorest countries in the world. Agriculture is three-fifths of the economy, mostly livestock.

Interesting Fact:
Somalia is the easternmost country on the African continental mainland.

Important Facts:
Somalia was colonized by Britain in 1887 and gained its independence on June 26, 1960. Somalia is also known for a rich oral tradition consisting of the countries stories, myths, traditions, and genealogies. 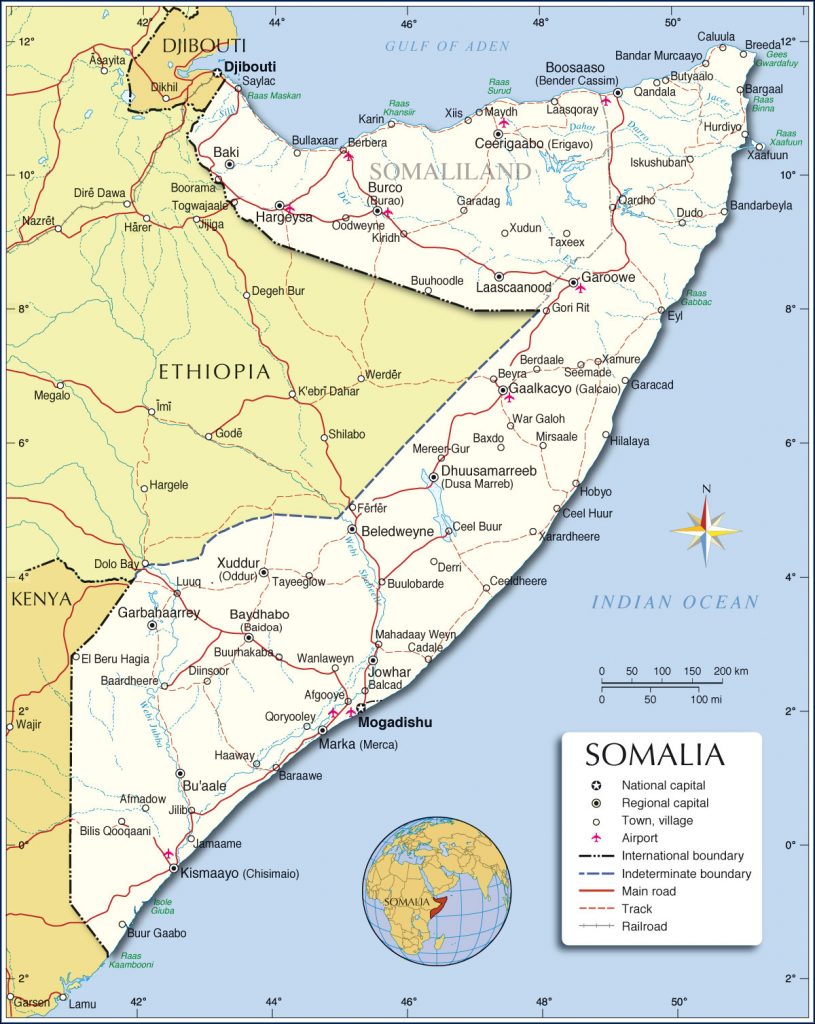