Capital City:
The capital city of Victoria on the island of Mahé is home to the only commercial port in Seychelles.

Seychellois Creole is the most prominent at 89.1%, but most people also speak multiple languages.

Geography:
Seychelles is an island republic, made up of 115 islands, in the western Indian Ocean. It is known for its tropical vegetation and pristine beaches.

Economy:
The Seychelles workforce is largely employed by the service industry which is highly dependent on tourism. Manufacturing is another large part of the economy with food processing plants.

Important Facts:
Seychelles, although known by traders for centuries earlier, was discovered uninhabited in 1609 by the British East India Company. In 1756, it was annexed by France. Due to conflict between Britain and France, control of Seychelles switched back and forth between the two countries. Seychelles finally obtained independence from Britain in 1976. 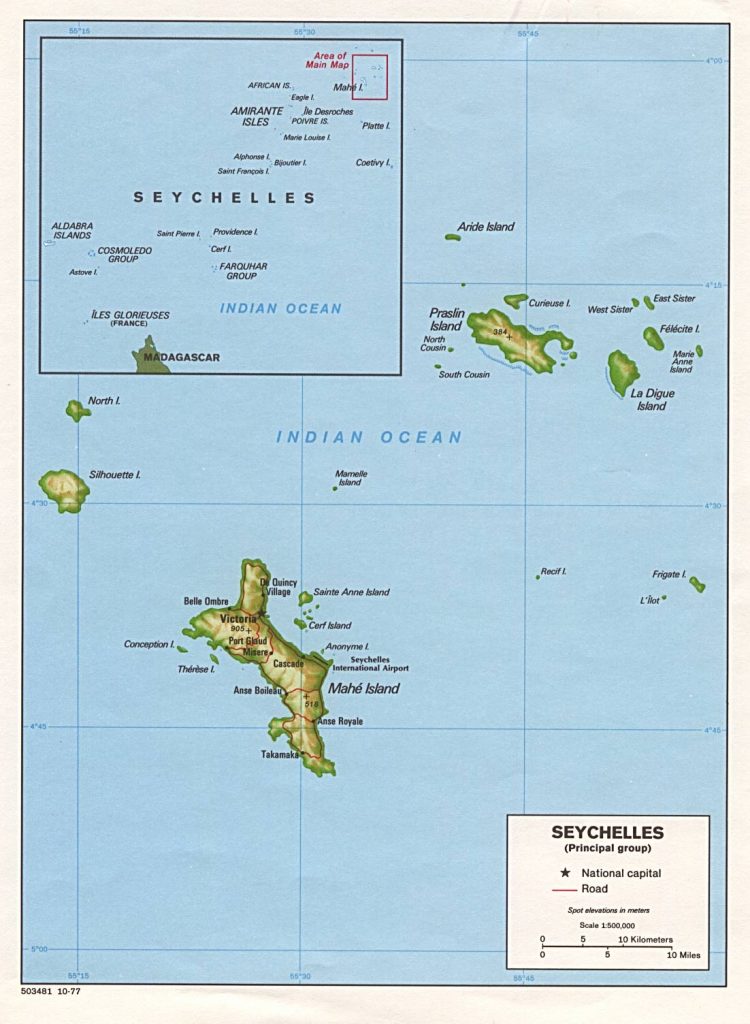