Capital City:
The capital, Saint-Denis, lies wedged between the ocean and a mountain on the north coast of the island.

Geography:
Réunion consists of a beautiful coastline, mountains with peaks over 9,000 ft, such as Piton des Neiges that summits at 10,069 feet, as well as an active volcano, Piton de la Fournaise.

Economy:
Réunion’s economy is mostly based on sugar. They also grow vanilla, fruits and vegetables, and tobacco. The main exports are sugar and sugar by-products such as molasses and rum.

Interesting Fact:
For the last ten years the Piton de la Fournaise, an active volcano in Réunion, has erupted every nine months.

Important Facts:
Réunion was colonized by France until 1946. It became an overseas department of France which made the Réunionaise people full citizens of France. 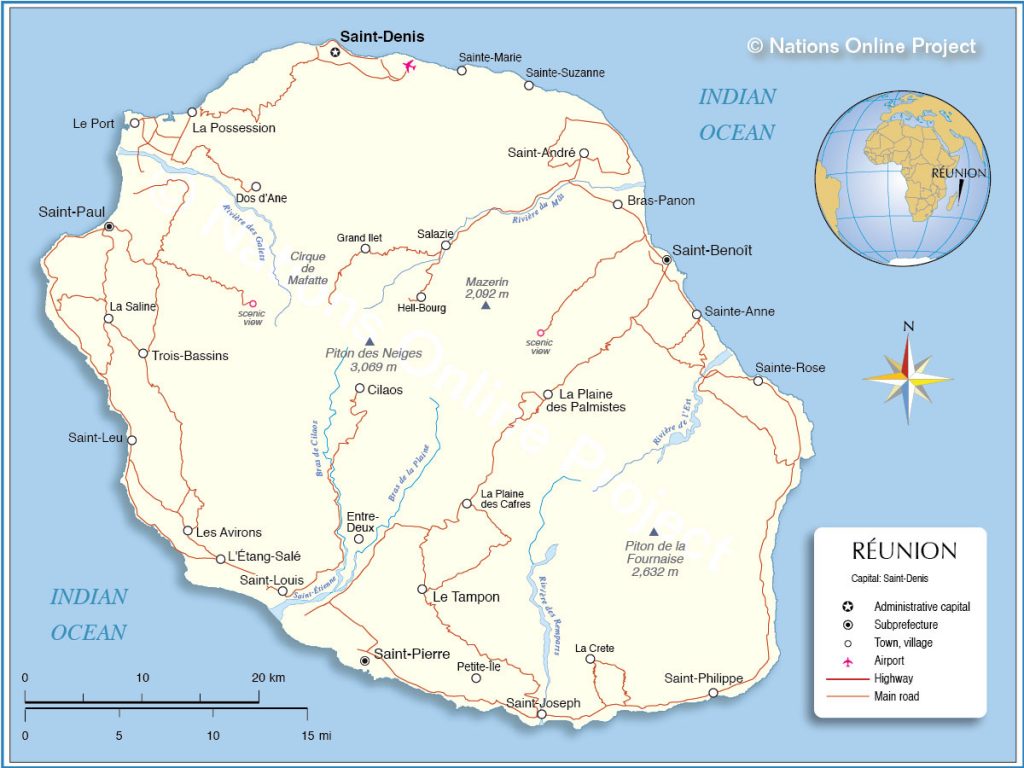