Capital City:
The capital city of Niamey is located along the Niger River in the southwest corner of the country.

Geography:
Niger is a landlocked country in West Africa mostly made up of desert plains and sand dunes with the Niger River in the south of the country.

Economy:
Niger’s economy is largely based on agriculture, which makes up about eighty percent of the workforce. Niger is one of the most underdeveloped nations in the world which hinders economic growth.

Interesting Fact:
The name Niger comes from a saying in the Tamashek language meaning “rivers among rivers.”

Important Facts:
In the early history of Niger, it was a crossroads for surrounding kingdoms. In 1922, Niger became a French colony and then gained independence on August 3, 1960. 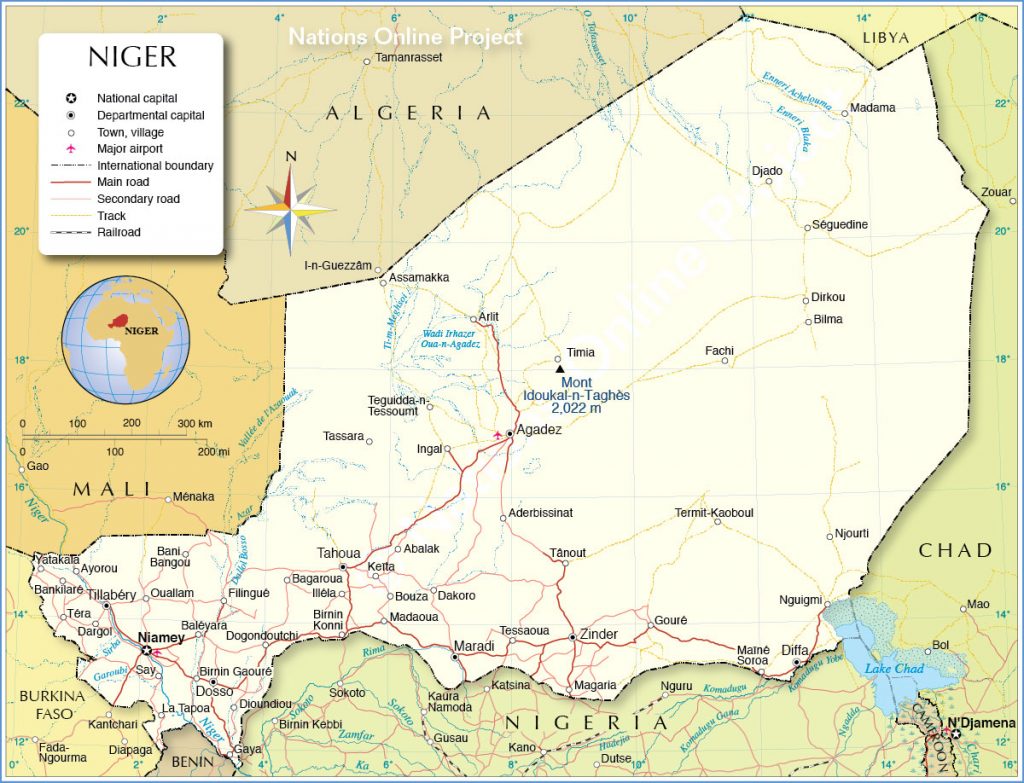