UPCI MISSIONARIES:
Regional Missionaries Tiana & Ony Raniloson have been appointed to Mayotte and are waiting for the country to open up so they can relocate there.
Career Missionaries Chris & Paula Richardson oversee the works in the Indian Ocean islands including Mayotte. 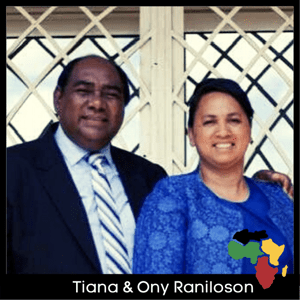 Capital City:
Mamoudzou was made the capital of Mayotte in 1977.

The majority of the population is made up of Comoran, a mixture of Bantu, Arab, and Malagasy origin.

Many speak Comoran with French as a second language. There are also villages that speak dialects of Malagasy.

Economy:
The service industry provides the source of employment. Agriculture is also a main part of the economy with their primary exports of ylang-ylang and farmed fish. Despite this Mayotte has a weak economy and is reliant on aid from France.

Interesting Fact:
Mayotte is an overseas department of France comprising the two southeastern-most islands of the Comoros archipelago.

Important Facts:
France gained control over Mayotte in the 1800s, along with the other islands in the Comoros archipelago and Madagascar. Mayotte officially became a French department in 2011.

Click on the map above to see additional information concerning this country from britannica.com.