Capital City:
Port Louis, the capital, is also home to a major port in the western Indian Ocean.

Geography:
Of volcanic origin, Mauritius is almost entirely surrounded by coral reef and is located in the Indian Ocean, about 500 miles east of Madagascar. Mauritius also includes Rodrigues Island.

Economy:
Mauritius has undergone a remarkable economic transformation from a low-income, agriculturally based economy to a diversified, upper middle-income economy, advancing in industry, the finance, and tourism.

Interesting Fact:
Mauritius is an island in the Indian Ocean with 600 species of plant life in its forests.

Important Facts:
Mauritius was uninhabited until the early 1600’s. In 1767, the French took authority and brought slaves to establish a sugar industry on the island, and the colony prospered. In the 19th century the island was taken by the British. On March 12, 1968 Mauritius became an independent nation. 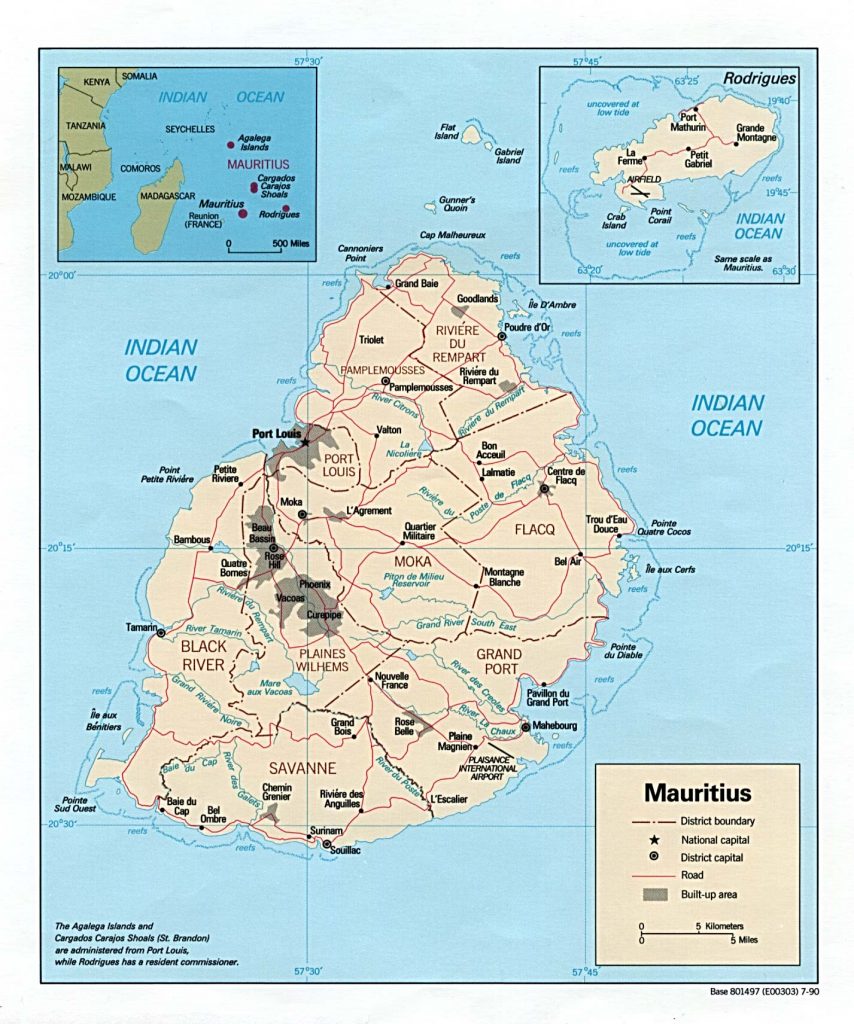