Capital City:
The capital city, Nouakchott, lies on a plateau near what was originally a village on a desert trail.

Geography:
Mauritania is a country along the Atlantic coast of Africa and has acted as a geographical and cultural bridge between North Africa and Sub-Saharan Africa. It is mostly made up of desert and coastal lands.

Economy:
Mauritania’s economy is largely made up of extractive industries and agriculture. Profitable exports are iron ore, gold, copper, gypsum, and phosphate rock.

Interesting Fact:
Mauritania was one of the last countries to abolish slavery in 1981.

Important Facts:
In the 1400s, Europeans arrived and began mining gold and buying slaves. France established their control in Mauritania in 1904, and they gained their independence on July 28, 1960. 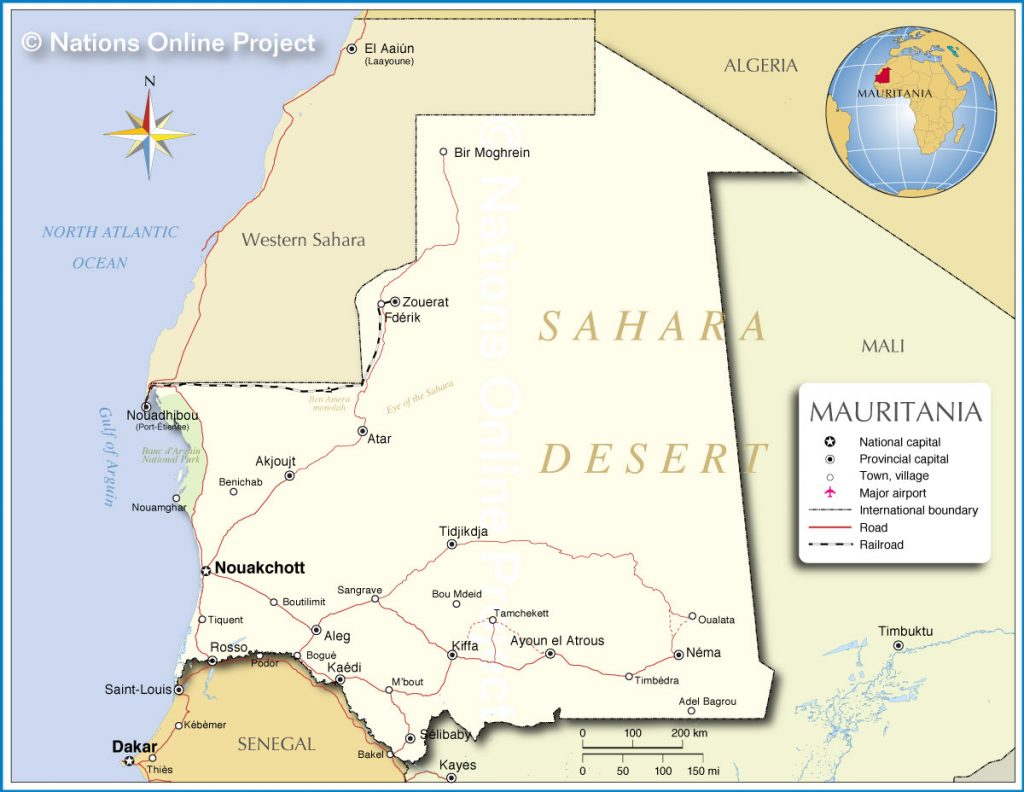