Capital City:
The capital city, Bamako, is located on the Niger River in the southwest of the country.

Mali has 13 national languages that are widely spoken.

Geography:
Mali is a landlocked country in northwest Africa. The north of Mali extends into the south of the Sahara Desert, with 60% of Mali’s area being desert or semi desert. The south of the country also consists of savannas.

Economy:
Mali is among the 25 poorest nations in the world. The economy is mainly agricultural, also depending on gold mining for revenue.

Interesting Fact:
Mali is one of the largest countries in Africa but has a small population relative to its size.

Important Facts:
Mali is one of three great precolonial Sudanic empires. In the 19th century the French took control making it a part of French West Africa. On June 20, 1960, Mali gained independence. 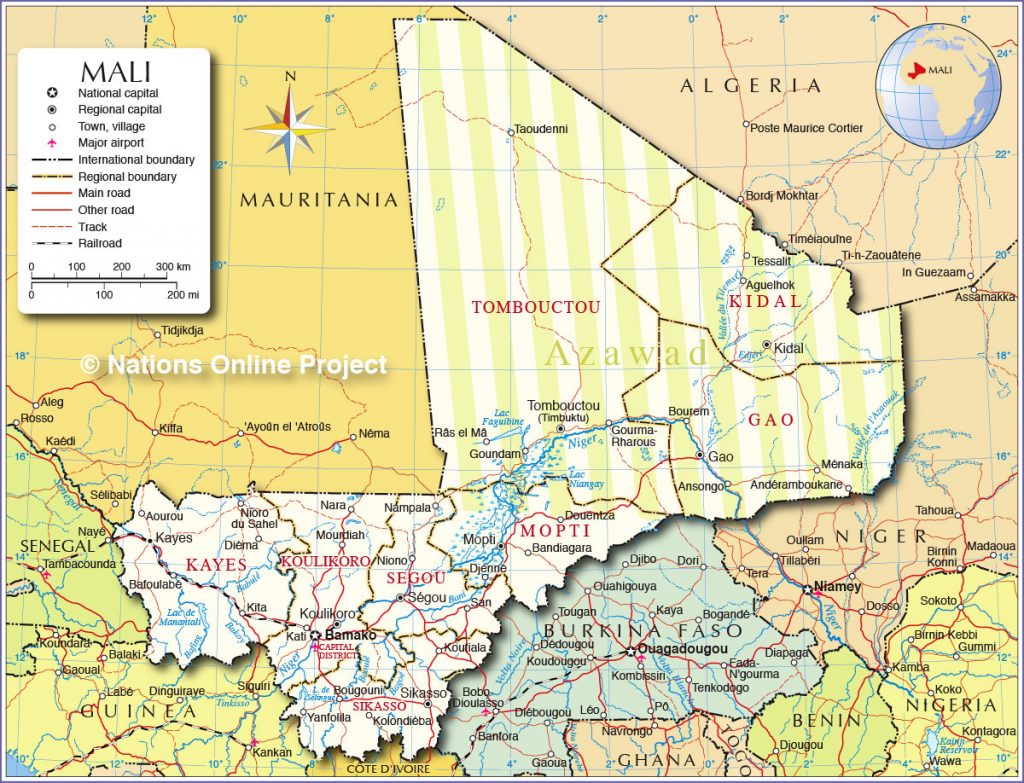