Capital City:
The capital city, Monrovia, is the largest city and port in Liberia and is located on the island of Bushrod.

There are over 20 languages also commonly spoken in Liberia.

Geography:
Liberia is located on the western coast of Africa, consisting largely of coastal lands with low mountains in the northwest.

Economy:
Liberia’s economy is mostly made up of agriculture as well as a large commercial fishing industry. Despite this, Liberia is a low income country that is dependent on foreign aid.

Interesting Fact:
Liberia is the only country in Africa that was not subjected to colonial rule and is one of Africa’s oldest republics.

Important Facts:
The Portuguese made contact in Liberia in 1461 and traded with Europeans, with the of the British. Liberia escaped colonization. 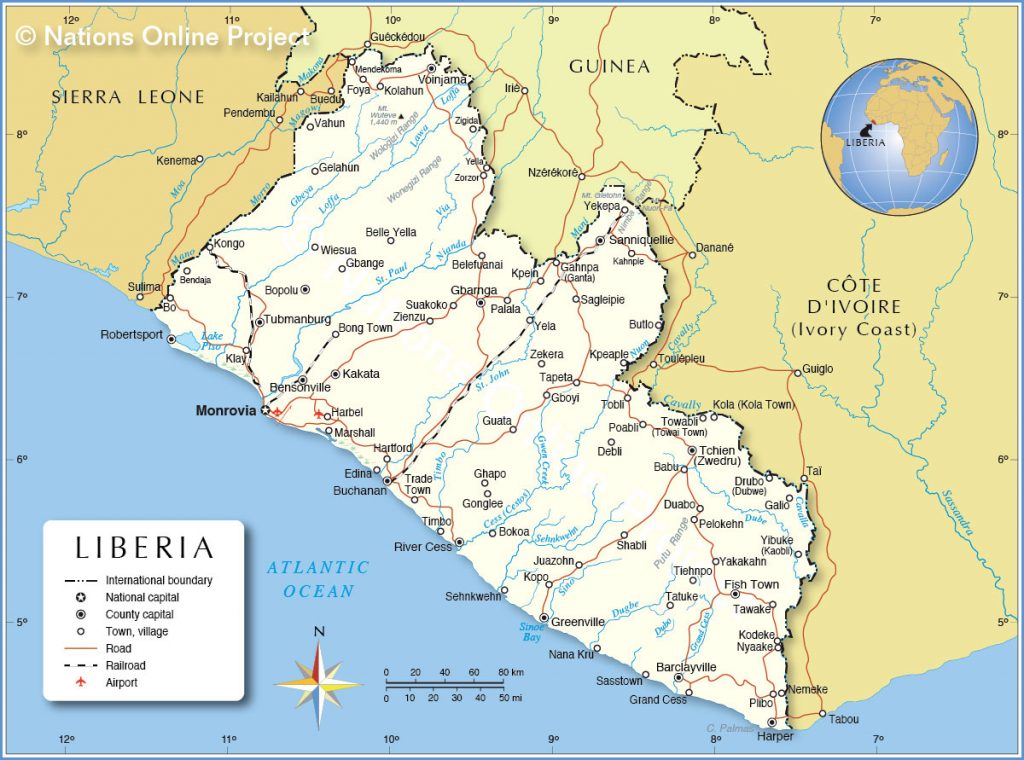