Geography:
Lesotho is landlocked entirely by South Africa, and suffers from extreme amounts of erosion.

Economy:
The economy of Lesotho is based on agriculture, livestock, manufacturing, and mining.

Interesting Fact:
Lesotho is the only country in the world that lies entirely above 1,000 meters in altitude.

Important Facts:
The country of Lesotho was created by King Moshoeshoe in response to European settlement south of the country. They would fall under British rule until 1966 when they gained independence. 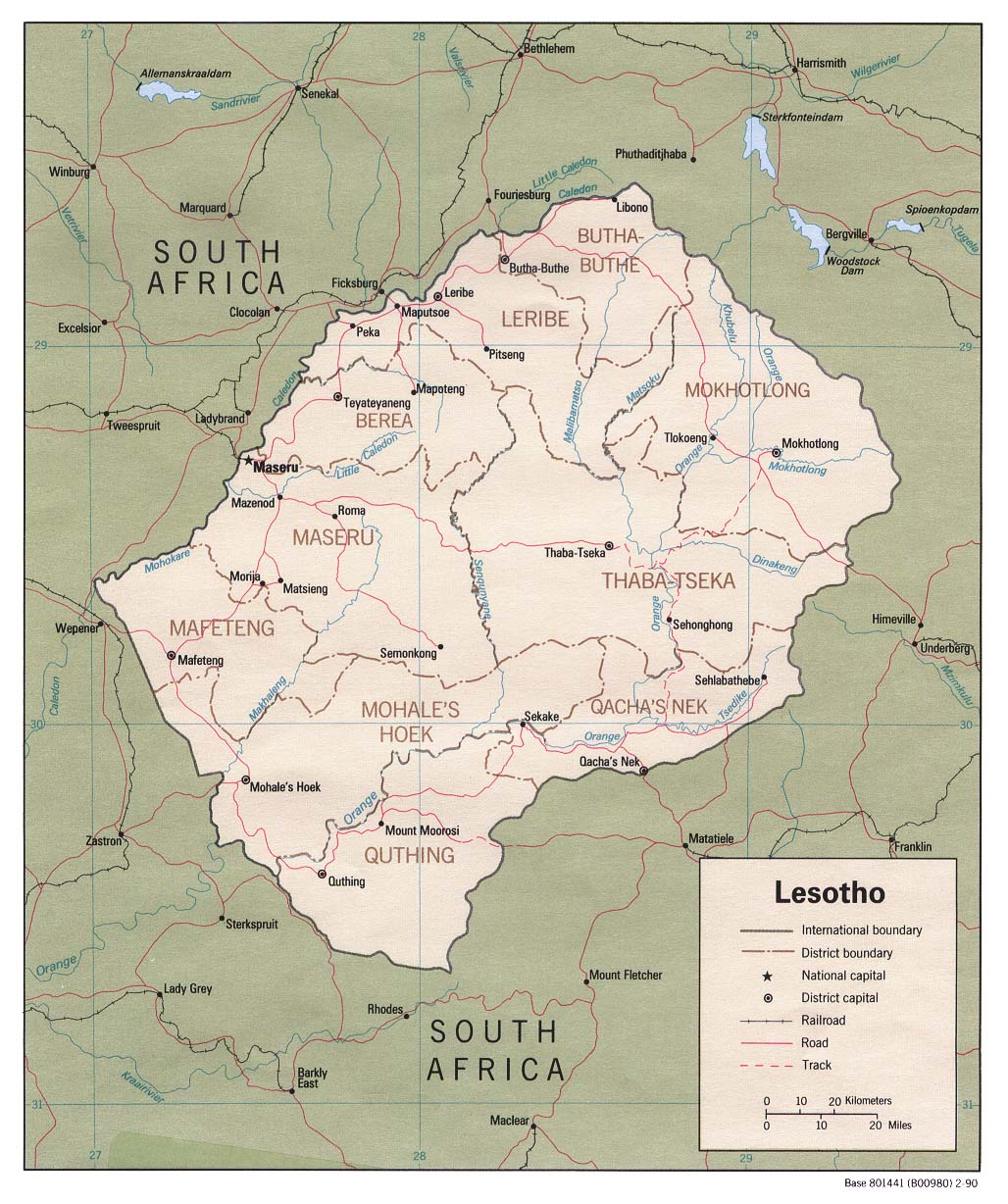