There are numerous indigenous languages, all falling into three categories of Bantu, Nilo-Saharan, and Afro-Asiatic.

Geography:
Kenya is divided horizontally by the equator with low plains rising to central highlands that are divided by the Great Rift Valley.

Economy:
Kenya is the economic, financial, and transport hub of east Africa. Agriculture is the backbone of the economy, with the Kenyan highlands being considered one of the most successful agricultural regions in Africa. Tourism also makes up 20% of the economy. With Kenya’s economic success, it is now ranked as a lower middle income country because of its per capita GDP.

Interesting Fact:
Kenya is famous for its scenic landscapes and vast wildlife preserves.

Important Facts:
Kenya gained its independence from Britain on December 12, 1963. Kenya has a long tradition of musical and artistic expressions, such as oral and written literature. 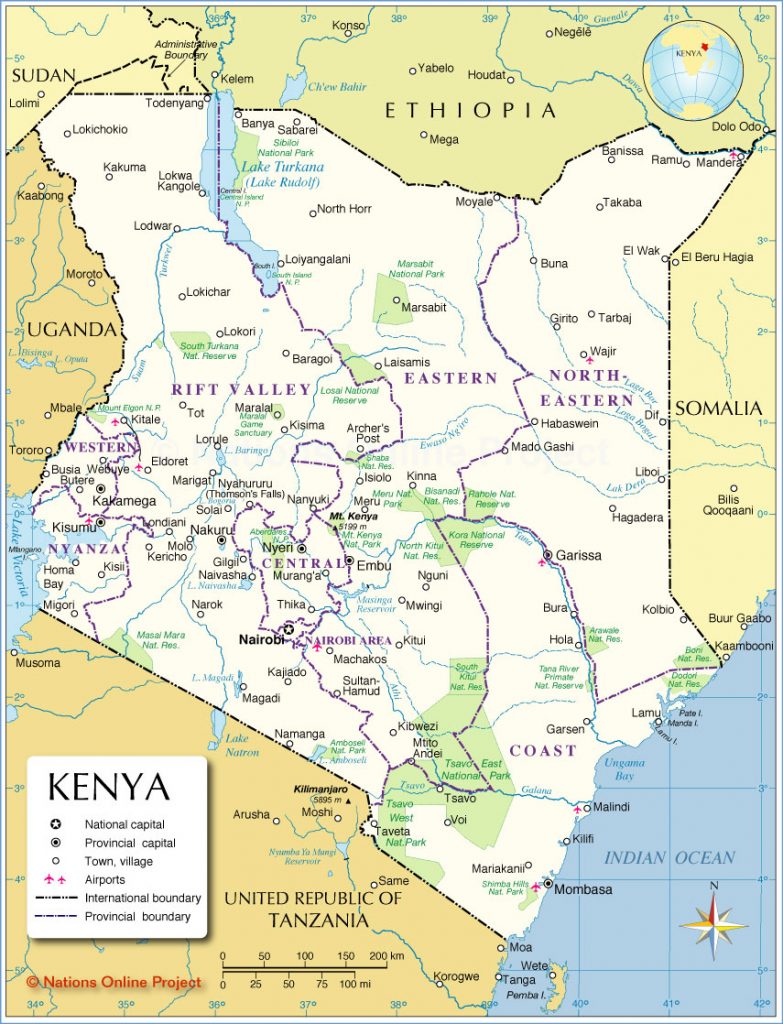