Capital City:
The capital city of Abidjan is the largest city and the chief port in the nation. Yamoussoukro became the administrative capital in 1983.

There are over 60 dialects spoken in Ivory Coast with Dioula being the most prevalent.

Geography:
Ivory Coast is a coastal west African country mostly made up of flat lands, with the exception of Mount Nimba having an elevation of 5,748 feet.

Economy:
Ivory Coast economy has experienced huge growth in recent years. Agriculture is the backbone of the economy. They are the world’s largest supplier of cocoa.

Interesting Fact:
Ivory Coast is home to one of the last virgin rainforests left in Africa and is home to the pygmy hippopotamus.

Important Facts:
Ivory Coast has a history with ancient kingdoms rich in culture. In 1893, Ivory Coast became a colony of France but gained its independence on August 7, 1960. 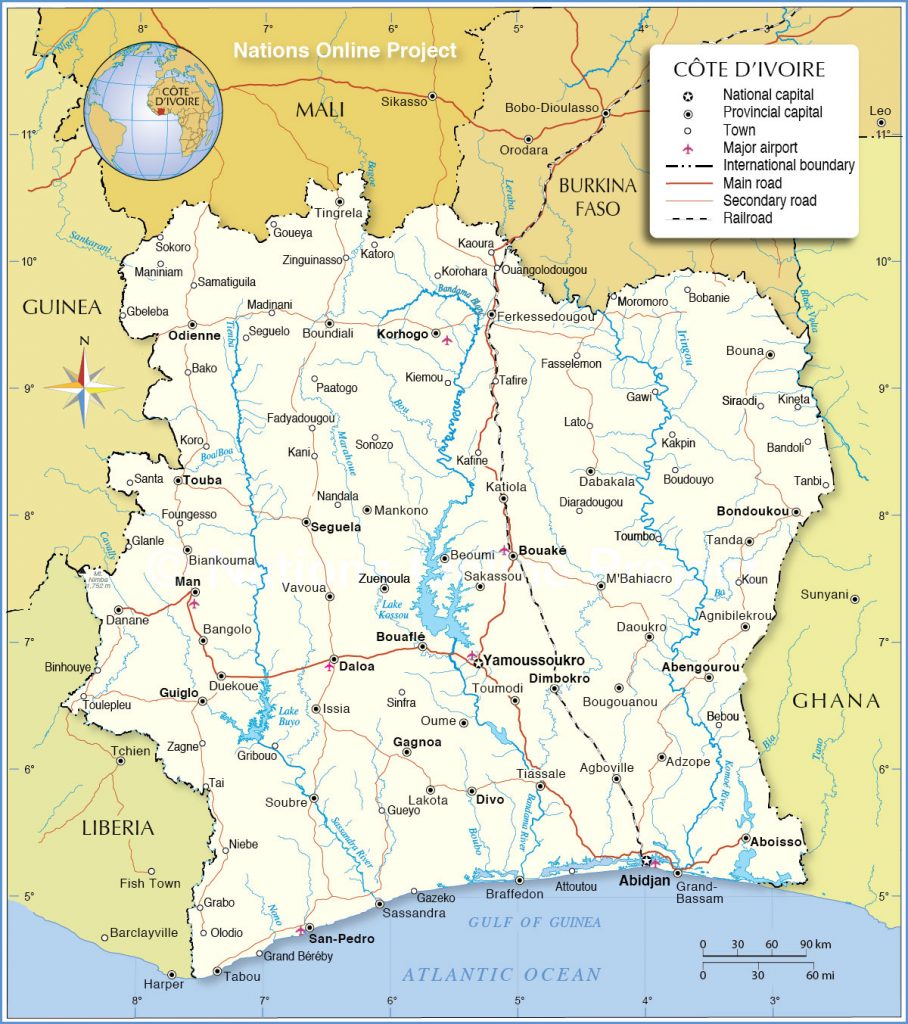