Capital City:
The capital city of Conakry is the large port city located on Tombo island.

Multiple other native languages and dialects.

Geography:
Guinea is a west African country on the Atlantic coast. The majority of Guinea is made up of forest and also contains flat coastal plains and hills further inland.

Economy:
Guinea is a poor country with low wages common for workers. The majority of the workforce is employed by the agriculture sector with service and industry making up the remainder.

Interesting Fact:
Guinea is also referred to as Guinea-Conakry to distinguish it from neighboring nations that also include Guinea in their names.

Important Facts:
Guinea began trading with Europe in the late 15th century becoming French Guinea in the late 1880s and a part of French West Africa. Guinea gained independence from France on October 2, 1958. 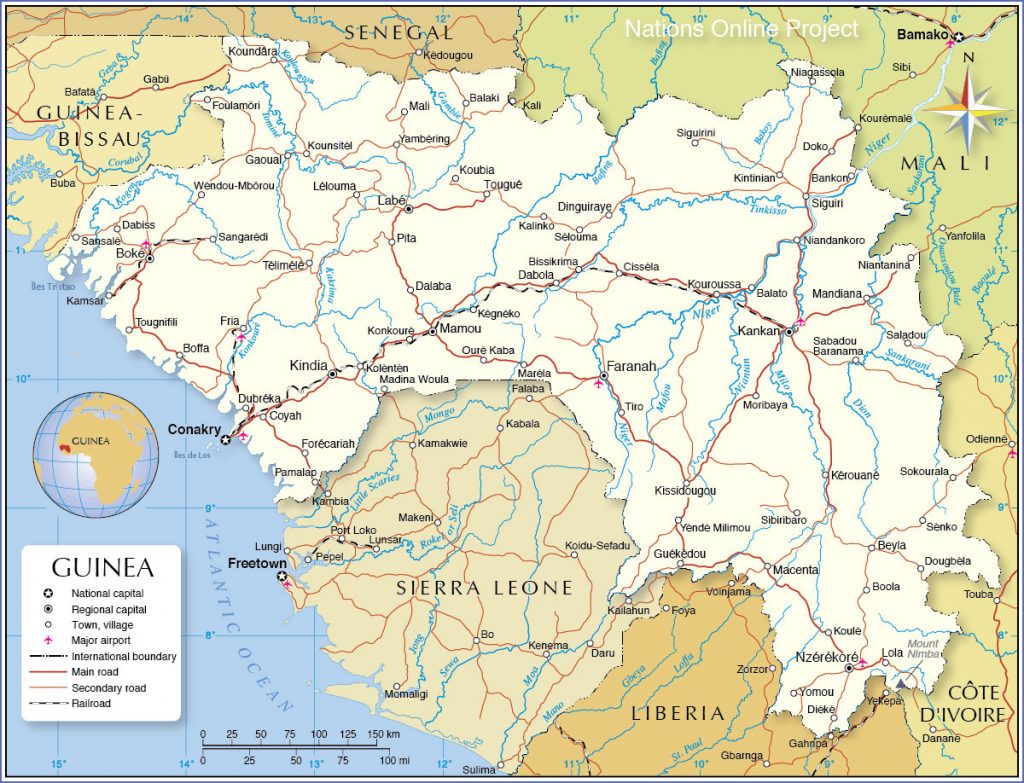