Capital City:
The capital city of Accra is the largest and most populated city in Ghana.

Each ethnic group has it own language or dialect.

Geography:
Ghana is a West African country just north of the equator. Ghana consists of low hills, plains, rivers, and Lake Volta, which is the world’s largest artificial reservoir/lake.

Economy:
Ghana is made up of both private and public enterprise. The majority of the economy is in the service sector, with agriculture and industry contributing two-fifths of the economy.

Important Facts:
In 1471, Ghana began trade with the Portuguese but later traded with many European nations, with the British ultimately taking control. Ghana gained independence on March 6, 1957. 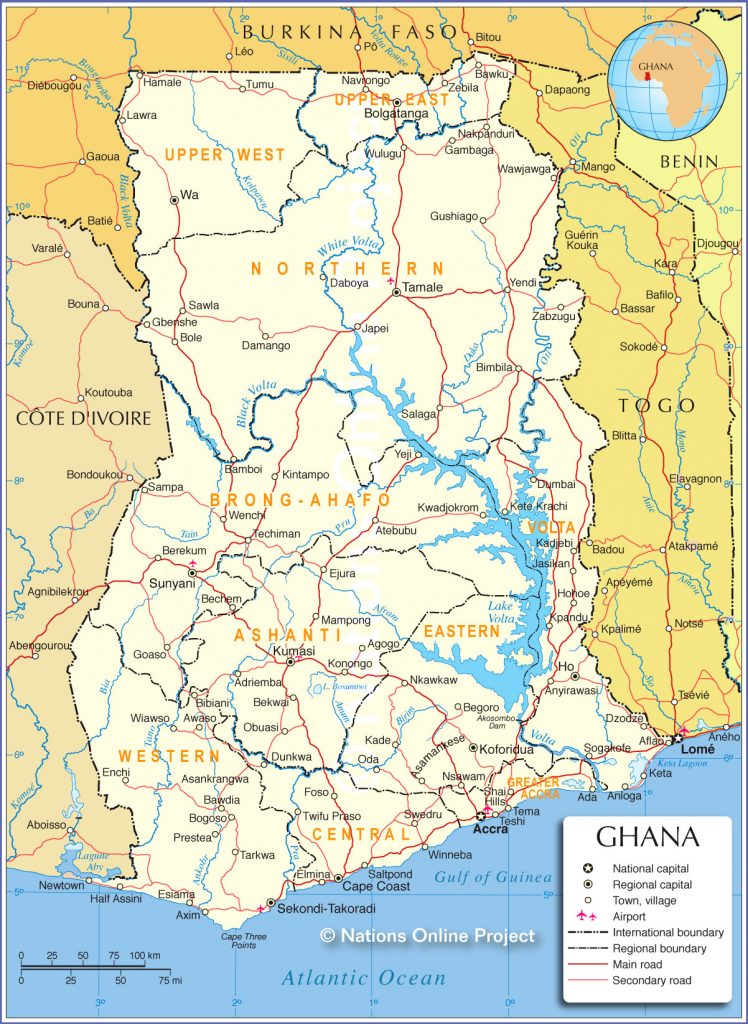