Capital City:
The capital city of Banjul, formally known as Bathurst, is the largest city and port in The Gambia.

Mandinka, Wolof, Fula, and other indigenous languages are also spoken.

Economy:
The Gambia has a weak economy primarily based on agriculture. The primary crops are peanuts and palm oil.

Interesting Fact:
The Gambia is the smallest country of Africa that is not an island.

Important Facts:
The history of The Gambia is closely tied with its neighbor, Senegal, with the distinction being made between the two countries in the 19th century. The Gambia traded with Europeans since the 1470s but the British ultimately took control making it a part of British West Africa. The Gambia gained independence on February 18, 1954. 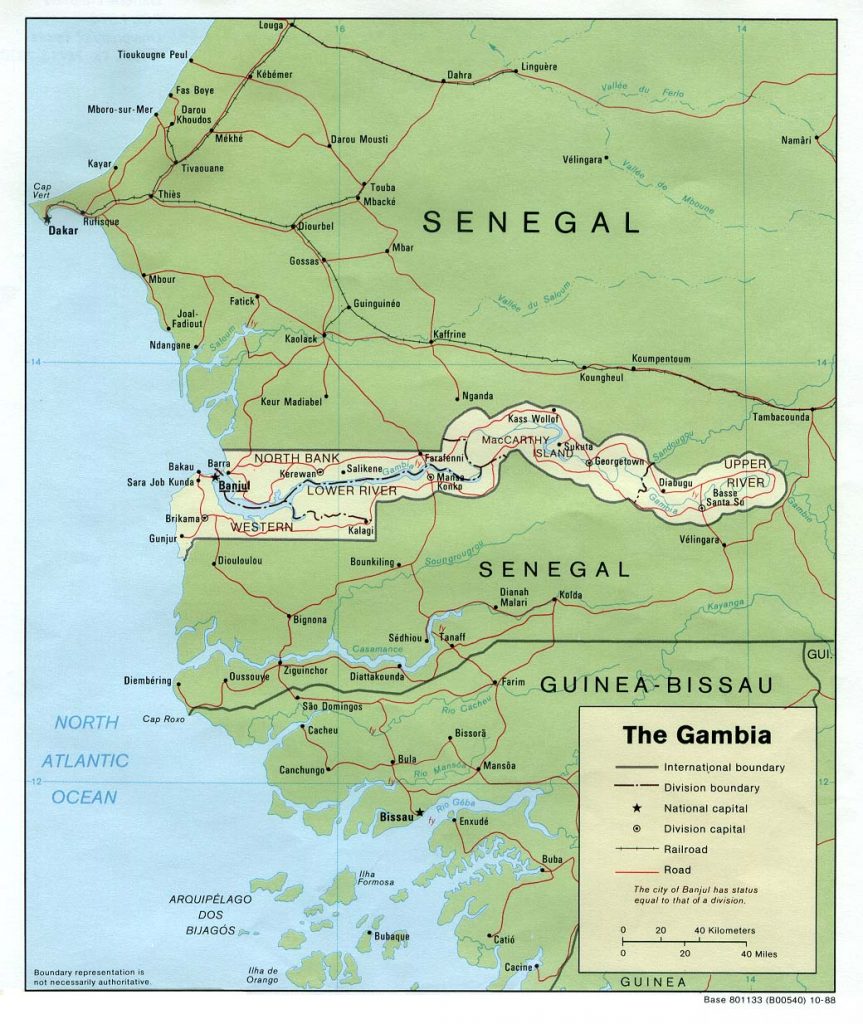