Population:
Eritrea has a population of 6 million as of 2020.

Capital City:
The capital city, Asmara, is located on the northern tip of the Ethiopian plateau at an elevation of 7,628 feet.

Several of these ethnic groups have their own language and culture.

Geography:
Located on the Horn of Africa and along the coast of the Rea Sea with 600 miles of coastline, which stretches from Cape Kasar to the Straight of Mandeb, separating the Red Sea from the Gulf of Aden.

Economy:
Nearly 80% of Eritreans are engaged in subsistence agriculture, but this sector only produces a small share of the country’s total output. Mining accounts for the larger share. Its location on the Red Sea makes it an ideal port for trade with significant parters in China and Saudi Arabia, and India.

Interesting Fact:
A popular Eritrean saying is: “Making a good cup of coffee requires both patience and skill.”

Important Facts:
Eritrea has a long history of invaders, rulers, colonization, and occupiers. It wasn’t until recent history that Eritrea has gained fully recognized independence. Originally invaded by Arabs, then colonized by Italy in 1809, taken over by the British in World War II, voted by the UN to be given to Ethiopia in 1952, Eritrea then fought for its independence which it celebrated on May 24, 1991 the day the Eritrean forces took over the capital city. They remained in a vicious war with Ethiopia which finally ended in 2018. 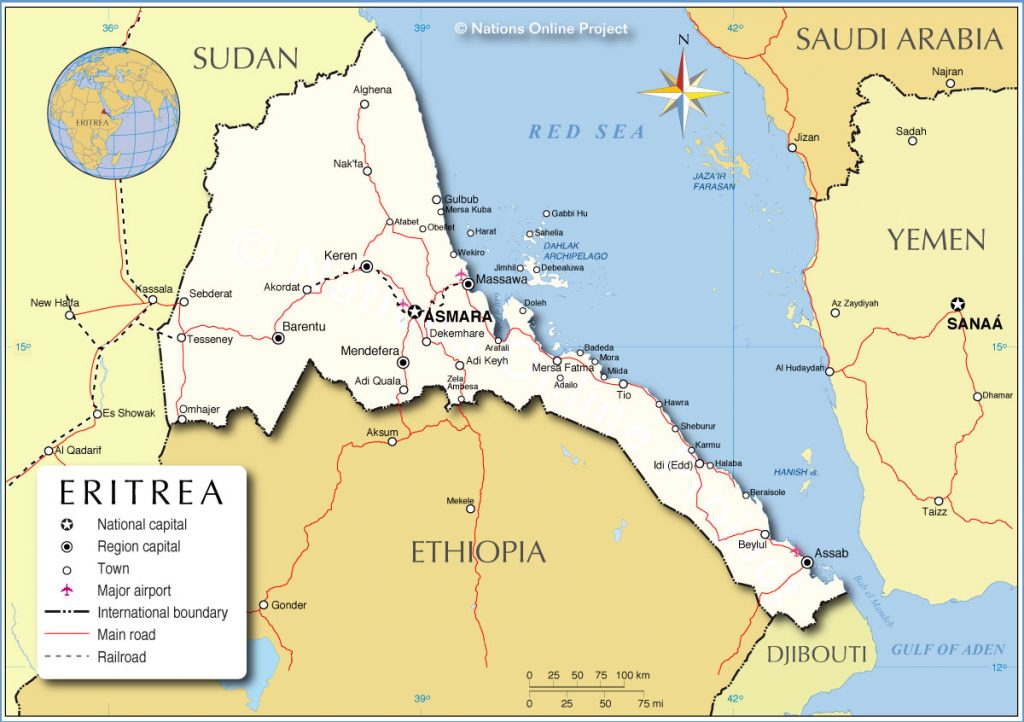