Capital City:
The capital city is Djibouti City, home to 70% of the nation’s population.

French and Arabic are both official languages of Djibouti. Afar and Somali are also spoken by a minority of people. Arabic holds religious significance to the Djiboutians.

Geography:
Djibouti is located in the Horn of Africa bordering the Red Sea and the Gulf of Aden. The country has extreme and diverse landscape from mountains to low deserts, plateaus, and lakes. Djibouti has the lowest point in Africa that is 509 feet below sea level.

Economy:
Djibouti’s economy is driven by a state-of-the-art deep water port complex that serves the Indian Ocean and Red Sea traffic. Trade through its ports and with its neighbor, Ethiopia, are the main factors in Djibouti’s recent economic growth.

Interesting Facts:
Djibouti is known for bright and vibrant textiles known as futa, and delicious foods that have African, French and Mediterranean influences. Sports is a major part of Djiboutian society.

Important Facts:
Previously known before as French Somaliland and the French Territory of the Afars and Issas, it changed its name to Djibouti when it gained its independence from France on June 27, 1977. 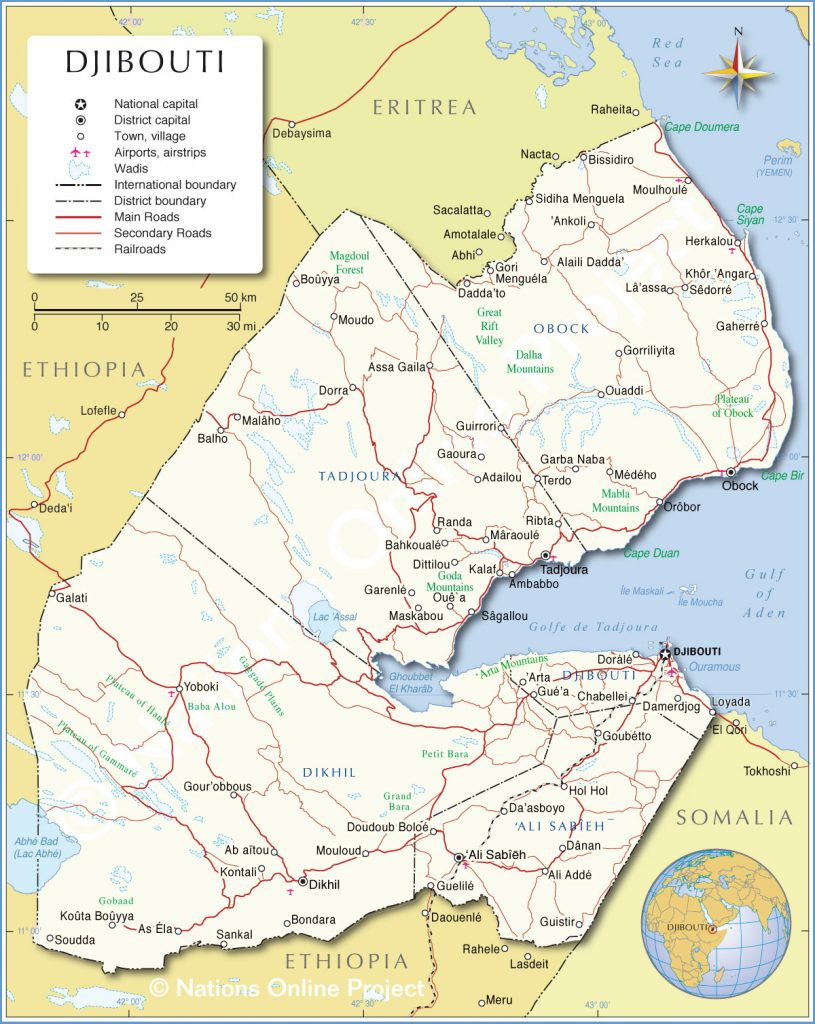