Capital City:
The capital city N’Djamena is located close to the border of Cameroon and is nearly 1,000 miles away by road from the western African ports.

Chad is highly diverse with over 200 different ethnicities within its borders.

There are more that 120 different dialects and languages spoken.

Economy:
Chad’s economy is largely made up of oil and agriculture. Oil produces 60% of export revenues with cotton, livestock, and gum arabic making up the other 40%. Chad is one of the poorest nations in the world.

Interesting Fact:
Chad is known as the “The Babel Tower of the World” because of its cultural diversity.

Important Facts:
In 1883, the territory and kingdom of modern day Chad fell to Sudanese Rābih as-Zubayr. With the help of the French, he was overthrown and Kanembu was put in power. Chad became a part of French Equatorial Africa in 1910. Full independence was gained on August 11, 1960. 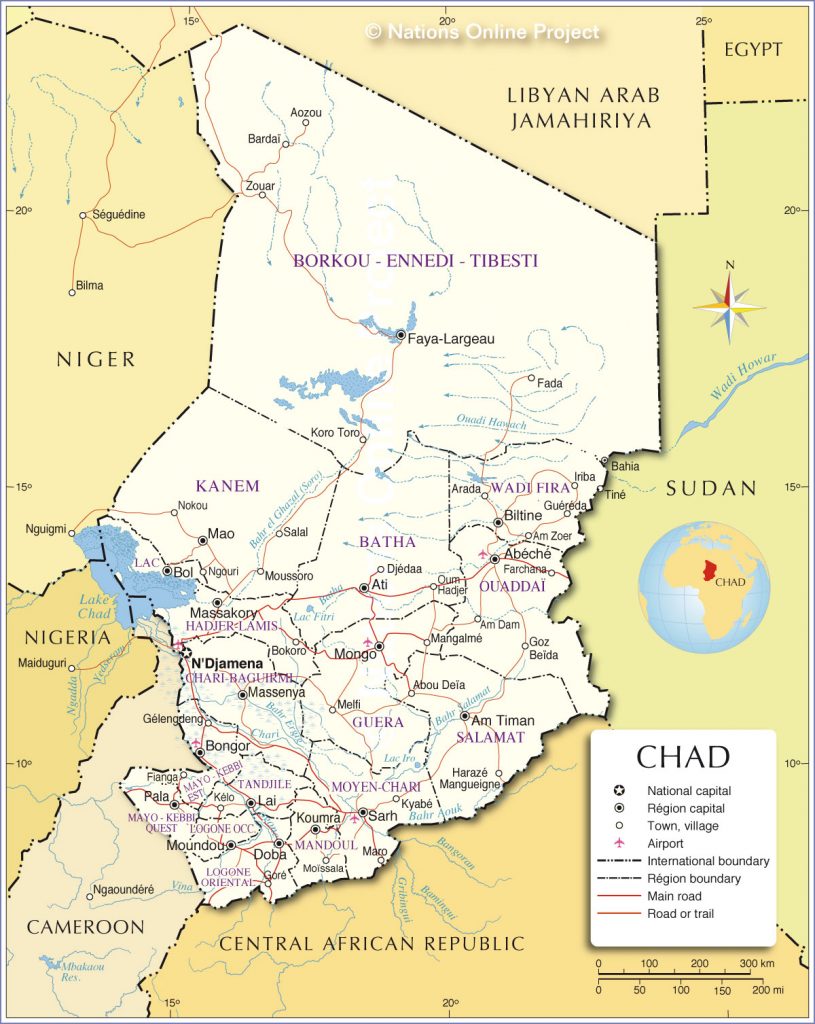