Capital City:
Ouagadougou is the largest town in Burkina Faso. It was also the historic capital of the Mossi Kingdom.

Geography:
Burkina Faso is a landlocked country in western Africa. It consists of savannas with shrubs and stunted trees.

Economy:
Almost all of the economy comes from agriculture and livestock, which is made increasingly difficult because of severe droughts. Burkina Faso also mines manganese and gold.

Interesting Fact:
Burkina Faso translates to the “Land of the Incorruptible People.”

Important Facts:
In the 15th century, the area of Burkina Faso was conquered by the Mossi Kingdom. Between 1894 and 1898, France gained the protectorate of Burkina Faso. Independence was gained on August 5, 1960. 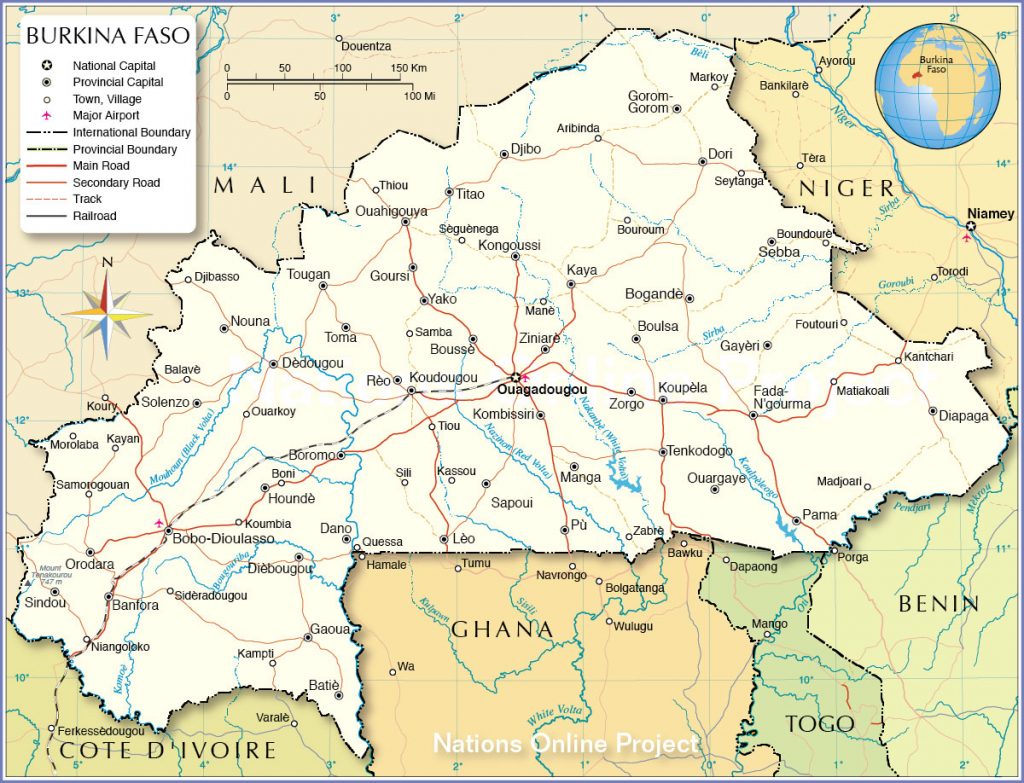