Capital City:
Moroni is the Capital City of Comoros located on island of Grande Comore.

These Ethnic groups have  diverse origins such as Malay, Arab, Persian, African, and Malagasy. As people have intermarried and lines blurred between ethnic groups some classify all the groups as Comoran Ethnicity.

Shikomoro is a blend a blend of Swahili and Arabic, also know as Comoran.

Geography:
Comoros is archipelago located in-between northern Madagascar and northern Mozambique in the mouth of the Mozambique Channel. As result of the volcanic activity coral reefs surround the island and are some of the best diving areas in the world.

Economy:
Comoros is one of the poorest countries in the world. Its economy is based on subsistence agriculture of cassava, sweet potatoes, bananas, and mountain rice as well as fishing. Unemployment is a huge problem in Comoros, as a result many of its young people are choosing to seeking education and work in France.

Interesting Fact:
The volcanic Comoros islands are an archipelago and are called the “perfumed islands” for their fragrant plant life.

Important Facts:
Comoros is made up of four islands, all of the islands were colonized by France. Three of the island gained their independence in 1975, with the island of Mayotte voting to remain a province of France. 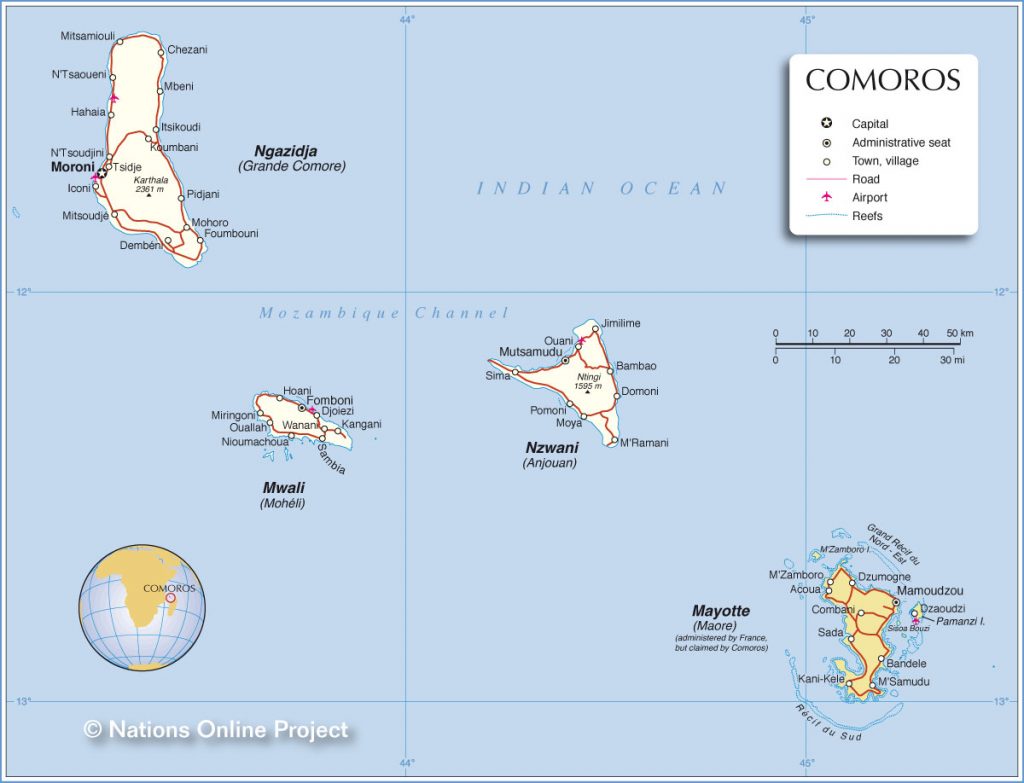 Population numbers: 734,917
How many square miles: 785 square miles
Geography fast facts (uniqueness):
Capital City: Moroni is the largest city, federal capital and seat of the government of the Union of the Comoros, a sovereign archipelago nation in the Indian Ocean.
Religion: The December 2001 Constitution of Comoros does provide for this freedom, however, and also makes Islam the state religion. The government tends to discourage the practice of other faiths. The practice of Christianity is particularly restricted. There are two Roman Catholic churches and one Protestant church.
« Back to Map 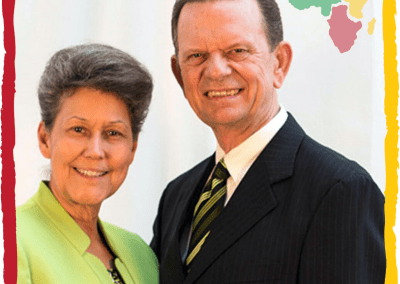